All Need To Know About Intermenstrual Bleeding 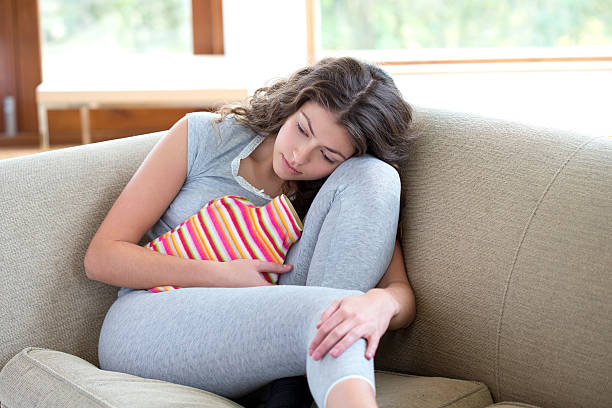 How to stop intermenstrual bleeding?

Anyone who frequently suffers from bleeding between periods should definitely have this examined by a doctor. The triggers are usually harmless, but serious illness is also possible. If organic causes have already been ruled out, a hormonal disorder may be responsible for the bleeding. But psychological stress is also a common reason for their occurrence. Bleeding usually ends by itself after a few hours. Basically, there are a number of things you can do to prevent bleeding between periods that are not caused by the disease. A healthy lifestyle, a balanced diet and regular exercise help to keep the body in balance. If necessary, taking phytohormones such as black cohosh, shepherd’s purse or chaste tree can also be helpful.

Intermenstrual bleeding can present itself in very different ways. It is possible that the bleeding is only light and lasts for a short time, but it can also be very heavy and last for several days. Bleeding between periods can start suddenly, independent of the normal period. The color of the discharge from the vagina is quite different: from light red to brownish or even darker.

How long does intermenstrual bleeding last?

Intermenstrual bleeding can stop after just a few hours. But sometimes it lasts for several days. The cause of sudden bleeding should be clarified by a gynecologist. It’s not always harmless.

How does intermenstrual bleeding occur?

Hormonal changes are often the cause of intermenstrual bleeding. The onset of puberty or menopause can be a reason. Contraception with the pill or spiral also causes changes in the hormones in the body. A female cycle is also strongly influenced by the psyche. It is therefore possible that deep feelings such as sadness, stress or joy trigger the bleeding. Even an otherwise normal cycle does not protect against possible bleeding between periods. Since serious illnesses such as cancer can also cause bleeding, a woman should have the reason for the symptoms examined by a doctor immediately.

When does intermenstrual bleeding occur during pregnancy?

In early pregnancy (1st to 4th month), around 20 to 30 percent of women experience bleeding between periods. This need not be a cause for concern, but should be discussed with a doctor. It can also be a sign of an imminent miscarriage or ectopic pregnancy. Intermenstrual bleeding in the second half of pregnancy (from the 21st week of pregnancy) could indicate complications. However, there can also be harmless reasons for this. For example, contact bleeding after a vaginal examination or after sexual intercourse is possible. Bleeding after the 35th week of pregnancy usually announces the start of labor.

Your menstrual cycle changes could be a sign of infertility