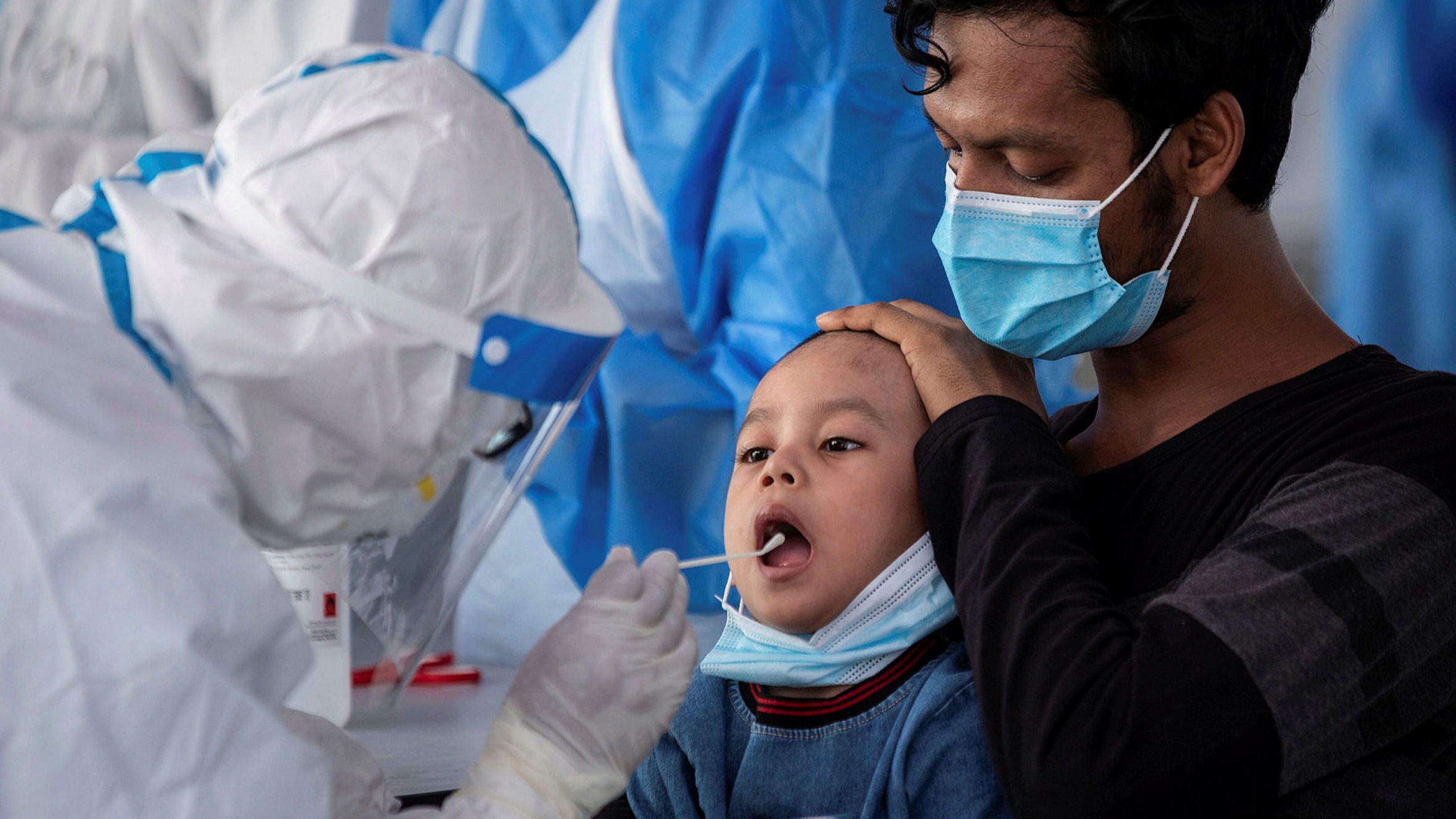 WASHINGTON: Children under the age of five have between 10 to 100 times greater levels of genetic material of the coronavirus in their noses compared to older children and adults, a study in JAMA Pediatrics said Thursday.

Its authors wrote this meant that young children might be important drivers of Covid-19 transmission within communities -- a suggestion at odds with the current prevailing narrative.

The paper comes as the administration of US President Donald Trump is pushing hard for schools and daycare to reopen in order to kickstart the economy.

Between March 23 and April 27, researchers carried out nasal swab tests on 145 Chicago patients with mild to moderate illness within one week of symptom onset.

The patients were divided in three groups: 46 children younger than five-years-old, 51 children aged five to 17 years, and 48 adults aged 18 to 65 years.

The team, led by Dr Taylor Heald-Sargent of the Ann & Robert H. Lurie Children's Hospital, observed "a 10-fold to 100-fold greater amount of SARS-CoV-2 in the upper respiratory tract of young children."

The authors added that a recent lab study had demonstrated that the more viral genetic material was present, the more infectious virus could be grown.

It has also previously been shown that children with high viral loads of the respiratory syncytial virus (RSV) are more likely to spread the disease.

"Thus, young children can potentially be important drivers of SARS-CoV-2 spread in the general population," the authors wrote.

"Behavioral habits of young children and close quarters in school and day care settings raise concern for SARS-CoV-2 amplification in this population as public health restrictions are eased," they concluded.

The new findings are at odds with the current view among health authorities that young children -- who, it has been well established, are far less likely to fall seriously ill from the virus -- don't spread it much to others either.

However, there has been fairly little research on the topic so far.

One recent study in South Korea found children aged 10 to 19 transmitted Covid-19 within households as much as adults, but children under nine transmitted the virus at lower rates.

Disclaimer: This article is sourced from timesofindia.indiatimes.com without any changes in the contents thereof. Only the title has been edited by Meddco.com The facts and the opinions appearing in the article do not reflect and describe views of meddco.com

AYUSH releases immunity-boosting and self-care measure in this COVID-19 pandemic: here are the steps you can do.